Global sustainability: what exactly does that mean? Sustainability means the art of conducting business from a holistic perspective, with priorities lying in the recycling of natural resources, maintaining a fertile planet and striving to live in harmony with all of humanity and with all life on this planet.  However, we are not currently living in a global environment that is able to support itself (energy crisis, economic crisis, environmental crisis, etc.), and the root of this global instability is our current paradigm on “energy” and electricity.  If we wish to overcome the challenges we face on this planet than we must first update the way we think about energy.

Lester Brown is the president of the Earth Policy Institute in Washington. In his book  Plan B he spends the first half listing fact after fact about deforestation, soil erosion, land infertility, population issues like starvation and lack of fresh water, dirty forms of energy like coal and oil, pollution, climate change, and the list goes on.

He tells us stuff that we know we already know (we’ve been hearing about energy, economic and environmental issues our whole life), but he uses facts to tell us where we stand. And quite frankly, it’s a sight for sore eyes.

In the vast diversity of issues he writes about, there remains one constant. Every issue he mentions is connected to all of the others, in one way or another.  In fact, everything on this planet and every one of us is connected in one way or another. So, if we truly expect to change this path we are on, from dismal to flourishing, then we must start with something that will have the most effect; something that is connected to everything.

And that is energy.

When talking about sustainability, energy is the single most important issue to discuss because it has a powerful impact on every other issue we face. Energy is embedded in everything: the economy and every industry within it depends on energy. As well as, the ability to provide your family with food, water, shelter, and warmth.  To have a decent standard of living, you require cheap available energy.

What is both impressive and alarming is that the planet is currently in an energy crisis.  How we get energy today has some serious problems. We exploit the planet, pollute the atmosphere and fight wars over energy resources. I know, I fought in one (Sgt Joshua T. Vojtisek USMC Veteran).

However, it need not be this way.

In the second half of Lester Brown’s book Plan B, he has an optimistic tone and he writes about how we can improve upon our situation – and it’s beautiful.  He advocates the use of free energy systems like wind turbines, solar panels, hydroelectric and geothermal systems to help offset the use of fossil fuel (Brown 118).  Which again is beautiful. However, with the rush to electric vehicles and the global population over seven billion, wind turbines and solar panels alike are not going to be enough to meet our global energy needs. 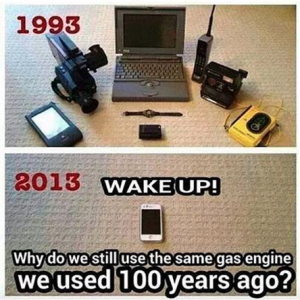 “Renewable generation is estimated to rise to 25% of global gross power generation in 2018, up from 20% in 2011, and 19% in 2006” (Smith). In other words, if we are able to produce even 50% of our energy needs from the current renewable energy source, like wind and solar, by the year 2020, that would be a miracle.  The good news is, I believe in miracles. I believe we can produce 100% of the global energy needs from free-clean-renewable energy systems by 2020.

So, with such grand optimism, what more can we do?  As it turns out, there is “another way”.  New discoveries have been made and they have revealed some amazing things about the nature of energy. The only problem is that the discoveries made in particle physics are not being recognized in electrical engineering. The Electron Theory in electrical engineering (that is at the foundation of our modern energy infrastructure) is priceless, but it’s time has passed.

It is time to usher in a new era. It is time to implement a new Electron Theory that will dramatically change the way we think about energy – forever.

We currently think of energy as exhaustible; energy is finite and we will eventually run out of its usefulness.  This is reflected in the laws of thermodynamics where the usefulness of energy always decreases and you will never get more energy out then you put in.  The laws of thermodynamics have been scientific dogma for hundreds of years, and they are often thought to be unchallengeable.  However, the fact of the matter is this: within the thermodynamic textbook it states “strong gradients are known to disobey the second law of thermodynamics” (Bedini 91). Therefore, they can no longer be referred to as Laws, rather, as principles.

Going one step further, electrical engineering assumes that we live in a material universe comprised of matter/particles. From this view, an Electron is seen as a tiny piece of Matter that rotates around the Nucleus of an Atom – similar to how Earth and Jupiter rotate around the Sun (Valkenburgh 1-3).  With this material view of the universe, if we wish to extract usable energy from the matter around us (like coal and oil for example), we must do so by force.

This is called combustion technology where we set things on fire to harness electrical and mechanical energy – a dirty and expensive way of harnessing energy.  Contrary to this view of the universe is that of particle physics. In fact, we do not live in a material universe like once thought; we live in an energetic universe where the concept of “not enough energy” does not exist.

A phrase that is often used when talking about universal-free energy systems is “it is impossible to get something from nothing.” I do not contest this statement; however, we now know that, in the universe, there is no such thing as nothing.  All matter is essentially energy and we can see this in Albert Einstein’s Relativity formula  (e=mc²), where e represents “energy,” and mc²represents “matter moving at the speed of light, squared” – all physical matter is actually energy (Whitlock).

Furthermore, all of the “empty space” that is between each piece of physical matter is by no means empty space. On the contrary, 99.9999% of the universe that we once thought to be completely empty has been proven to be an abundant field of pure-unending energy, from which all matter is birthed.

It is true that you cannot get something out of “nothing,” but you can get something out of “everything.”  In simplistic terms, there is enough energy in space of an empty coffee cup to boil away all of the oceans on Earth’s. (Vacuum Fluctuations). This is a scientific fact and was also a favorite quote of Nobel prize-winning physicist Richard Feynman.

Okay, so we now know that, yes, it is possible to disobey the second law of thermodynamics, and we have discovered Vacuum Energy (aka Zero Point Energy, the Unified Field or the Higgs Field), an incomprehensibly large energetic reservoir. All that remains, after these two understandings, is to educate one another while allowing time for the collective consciousness of humanity to evolve along with this new knowledge, thus, revolutionize the entire world.

If they [quantum fluctuations of the vacuum] can be tapped, the impact upon our civilization will be incalculable. Oil, Coal, Nuclear, hydrogen, will become obsolete – and so would many of our worries about environmental pollution (Clark).

Now, replacing combustion technology with the use of universal energy is a paradigm-shifting concept, and it is not likely to happen overnight.  Rather, it requires time to go through the three stages of response that all new and revolutionary ideas are subject to:

Phase one: “It’s a crazy idea – impossible!”  This is the first phase in which groundbreaking ideas are rejected outright by narrow mindedness and the fear of going against the norm. We began this phase during the life of Nikola Tesla in the late 19th, early 20th century.  Tesla was a world-renowned inventor and the creator of “alternating current” (AC electricity), the system that provides electricity to our modern world.  Tesla also invented the means of wirelessly transmitting electricity to anywhere in the world via his Tesla Coils, which, at the time was incomprehensible and Tesla was labeled as a crazy person.  However, today, Nikola Tesla is known as the Genius Who Lit The World.

Phase two: “This Idea may be possible, but I still don’t believe it.” This is the phase when the evidence for an idea begins to overpower the opinions of others, and this is the phase we are currently in with regards to harnessing the infinite source of vacuum energy.  Currently, there are hundreds of scientists, inventors, and mathematicians alike, from around the world, working passionately towards the development and application of this new energy source, and the positive evidence is undeniable.

Phase three: “I said it was a good idea all along.”  This is were scientists and individuals begin jumping on the bandwagon as to avoid being left behind intellectually. With scientific evidence and experimental proofs, it is only a matter of time before the scientific community, and society as a whole comes to realize that there is “another way” and that we need not be in an energy crisis anymore.

Now, as mentioned, we as a society are in phase two of revolutionary idea integration, where more and more individuals are beginning to understand and see the new energy paradigm. It is only a matter of time before the understanding of cosmic infinite energy becomes common knowledge.

Over the past one hundred years, we have come to realize that our modern energy infrastructure is causing much more harm than it is good.  As a result, we have found ourselves in an energy crisis that is fueling environmental degradation, as well as economic volatility caused by commoditized energy sources (like coal and oil).  However, within all grand problems there resides tremendous opportunity – the opportunity to change the entire world for the better – and it all starts with your understanding of the concept of “Energy.”

Thank you for being an awesome, interested, and participating member of The New Energy Industry.

Stay curious and be prepared to be surprised!