We Believe in New Energy Technology 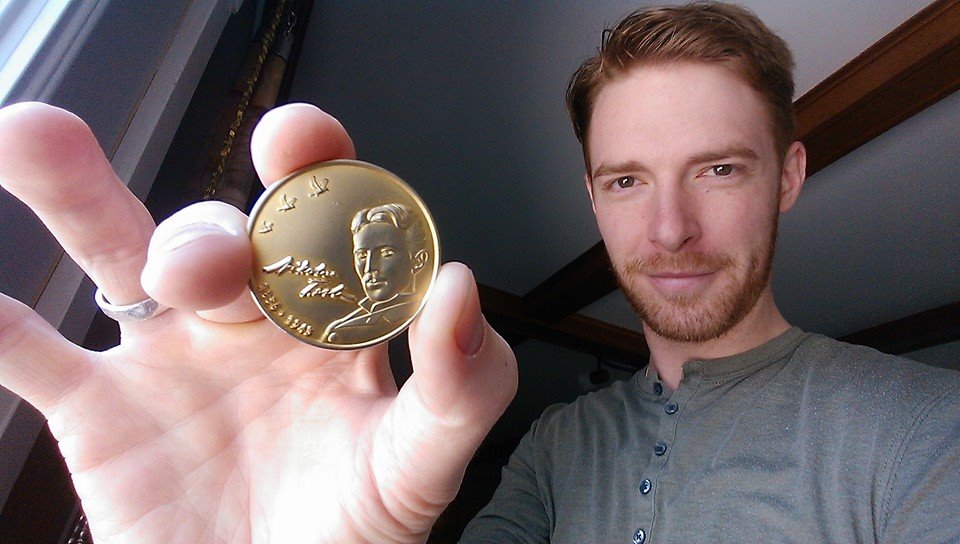 We believe energy is at the foundation of all global sustainable initiatives on this planet.  With that, resolving our “global energy crisis” is the single most important task our generation will accomplish.

The New Energy Industry is an Educational Organization and our Mission is to spotlight and empower the individuals and organizations pioneering Magrav Technologies,  such as: Nassim Haramein with the Resonance Project, Mehran Keshe with the Keshe Foundation & Spaceship Institute, Fernando Morris (successor of John Searl) at Searl Magnetics, Dr. Steven Greer with the Disclosure Project and AERO (Advanced Energy Research Organization), as well as the team behind The Breakthrough Energy Movement.

TheNewEnergyIndustry.com is the home of the free online Learning Network.  We believe education is paramount and the Learning Network allows you to join us (virtually) as we visit these laboratories to speak with – and present to you – the scientists, entrepreneurs, and technologies leading us into the future.

Two hundred years ago, the first global energy revolution was born. This then gave birth to the industrial revolution and then to the technological revolution – both of which changed the world forever.  However, we have realized now that our current energy infrastructure (developed around combustion technology) is out of date, and thus it is causing many more problems than solutions.

Present day, we are currently waking up to “Magrav Technology” (magnetic and gravitational field technology), which is emerging from breakthrough energy laboratories all around the world.  “The next global energy Revolution will be in replacing combustion technology with Magrav Technology as means of lift, drive, and energy generation.”

The New Energy Industry aims to resolve the global energy crisis within this generation by replacing Combustion technology with Magrav technology; thus, giving birth to a global sustainable energy revolution, while at the same time ushering in a new era of galactic space exploration.

In order to do this, we must educate Generation Y on the individuals and organizations pioneering “Magrav technology” – using Magnetic and Gravitational Fields as means of Lift, Drive and Energy Generation: magrav technology.

Similar to how DC electricity (direct current) was replaced by AC electricity (alternating current, invented by Nikola Tesla in 1888).  Today, with the Revolution that has begun in physics, we assert that “Magrav technology” is on the cusp of a global tipping point and will soon be realized in the form of impressive, mind-bending technologies that will defy and expand our current understanding of how the universe works.  Magrav technology (magnetic and gravitational field harnessing) is an entirely new door in the world of science that is now open.

If we look to history, in 1822 Michael Faraday invented the Faraday Motor, while James Clerk Maxwell wrote down the mathematics of electrodynamics.  With the combination of mathematics (Maxwell Equations), as well as the practical application of electricity (Faraday Motor), the first global energy revolution took place and gave birth to our modern world.

Now, current events, we have John Searl who has invented the Searl Effect Generator, and Mehran Keshe, the inventor of the Keshe Plasma Generator.  These two devices are unique from one another (they are different forms of technology), and yet they both represent breakthroughs in the world of science by producing their own Magnetic AND Gravitational Field independent of the Earths Magrav Field. Much like how the simple Faraday Motor was a breakthrough in the world of science over 200 years ago.

With that, we also have Nassim Haramein, a Physicist, Engineer and the author of physics paper(s):  The Schwarzschild Proton, and The Origins of Spin.  Nassim Haramein has effectively started a Revolution in the world of physics by replacing the Strong Force with Gravity in quantum mechanics while establishing a Cosmological Constant (a measuring stick for the universe) and embedding torque in Einstein Field Equations.

Now, with the combination of the mathematics, as well as the practical application of magnetic and gravitational field technology, it is only a matter of time before the world realizes the magnitude of  “Magrav technology.”

Do you want to be informed, regularly, on the developments being made in Magrav Laboratories all around the world?

Well, we are currently planning a laboratory tour to produce a series of educational YouTube videos intent on keeping you both informed and excited about the future – today.

By joining our Learning Network you will receive, in your inbox, every video we make as they are produced.

Come along with us as we ride this wave of emergent Magrav Technology right into the future – a wave that is sure to be more epic than anything we have ever seen.

Join our Learning Network and let’s get this show on the road, shall we? 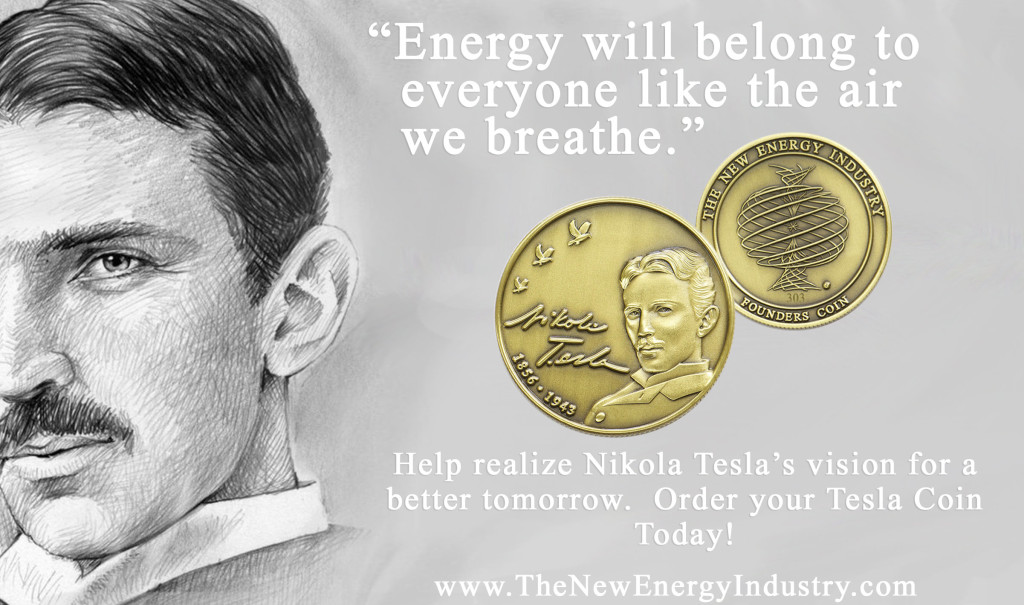 In Tribute to Nikola Tesla

Nikola Tesla is the Original Founder of The New Energy Industry and the inaugural “Founders Coin” is in tribute to the legend himself – Nikola Tesla 1856-1943.

This coin in not a currency, rather it is a tribute to the man with a vision of a world no longer powered by combustion technology.

In the 1900s, Nikola Tesla was a world-famous scientist and inventor.  The unit of measurement for Magnetic Flux Density in physics is named after Tesla (symbol T), and now the worlds best electric car company Tesla Motors carries on his name.  Nikola Tesla was a natural scientist who worked to discover the laws of nature to improve life on this planet.

Tesla invented alternating current electricity (AC), as well as radio~wave communications, the lightbulb and hundreds of other inventions that we now take for granted.  In his day, Tesla knew of the harmful environmental and economic ramifications of combustion technology.  However, when Tesla tried to replace combustion technology with a new means of energy generation, the economic powers to be stopped investing in Nikola Tesla’s research.

Now, present day, we still have the same energy infrastructure that Nikola Tesla warned against over 100 years ago – but the times are changing.

With the emergence of a number of new discoveries in the world of physics and engineering, it is only a matter of time before we on this planet realize the vision of Nikola Tesla by replacing combustion technology with a healthy, natural and freely accessible energy source.

The Nikola Tesla Founders Coin was designed by Josh, Director, and features a 3D relief of Nikola Tesla on the front, with Tesla’s signature, dates of Life and three birds flying in celebration.  Nikola Tesla loved birds, his favorite number was three and it’s time to celebrate!

The reverse of the coin features a 3D vortexing Magnetic and Gravitational Field – a Magrav Field, which is a fundamental concept within the new energy paradigm – the concept of “Spin.”

Measuring only 1.5 inches in diameter, this Coin serves as an epic lucky pocket-coin, a perfect desk ornament, a gift and/or a wonderful conversation piece designed to share the vision Nikola Tesla had for a new tomorrow.

Each coin is uniquely numbered in the order it was created (1, 2, 3, 4 … 3,693,336, etc.) The lower your number, the more of an industry pioneer you are, so order your Founders Coin today and be forever recognized as an industry pioneer – a Visionary of The New Energy Industry.

“I do not want to build a business in this economy, rather, I want to help build an Industry that changes the world.”