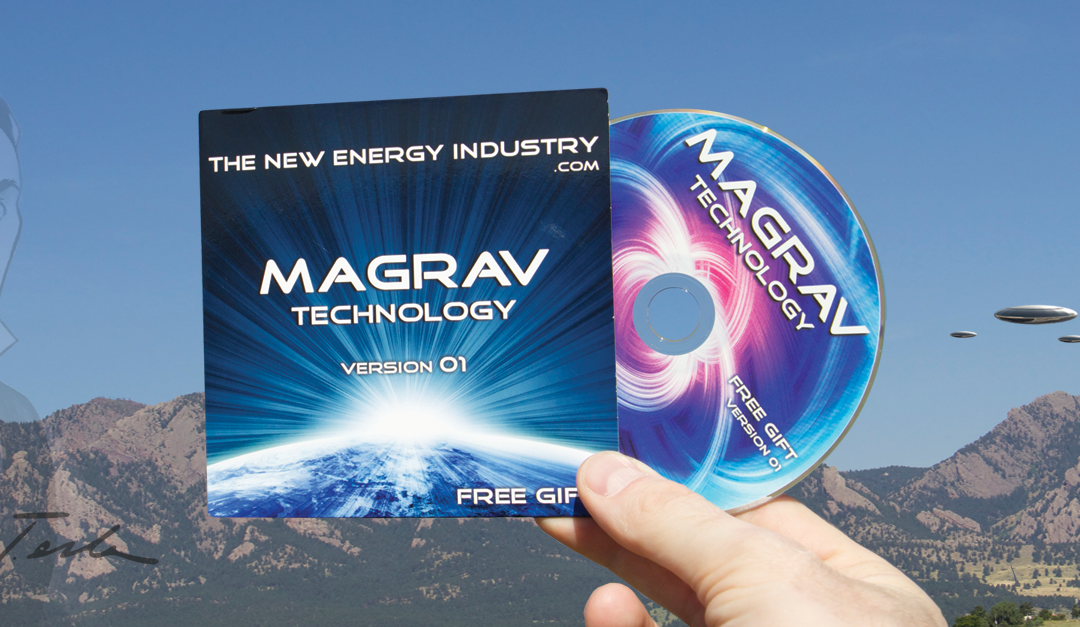 This CD is a compilation of the most revolutionary scientific information on the planet today.

Outline of Scientific Patents and Papers:

a. The award-winning paper “The Schwarzschild Proton” has effectively started a Revolution in the world of physics by redefining the energy density of all protons in the universe.  Despite what the skeptics may say, this fact remains: “The proton is now 4% smaller then it was previously thought to be using the Standard Model (this fact has been proven experimentally: http://www.nature.com/news/shrunken-proton-baffles-scientists-1.12289).”

This fundamental recalculation of the size of the proton has now put the foundation of Quantum Mechanics (the Standard Model and the Strong Force) in serious question!   From there, Nassim Haramein goes on to say that it is Gravity, not the mysterious Strong Force, that is holding together protons at the subatomic level.

This is a huge leap forward in science! “Gravity is the strongest force in the universe.”

Flying in the face of the Standard Model in physics, “The Schwarzschild Proton” received the Best Paper Award at the 9th International Physics Conference (CASYS’09 – Computing Anticipatory Systems) in Belgium.  In this paper Nassim Haramein precisely predicted the charge radius of the proton.  A prediction that was then confirmed by a Swiss proton accelerator experiment in 2013.

* The best part about The Schwarzschild Proton is that it came from, and is based on, The Haramein-Rauscher Solution which describes a fundamental TORQUE within the fabric of space-time.   A Torque that we can harness: Magrav Technology!

Additional reading about The Schwarzschild Proton

b. “The Origin of Spin“ – The Haramein-Rauscher Solution (Einstein with a Twist).

In this paper, Nassim Haramein and Dr. Elizabeth Rauscher have added torque calculations to Einstein’s Field Equations, thus identifying the Origins of Spin (hence the name of the paper) of Atoms, Planets and even Galaxies.  This recent discovery of torque within the fabric of space-time is the +1 energy input that explains the perpetual motion of mass within the universe, and as it turns out, when we harness this universal torque it produces both a magnetic field and a gravitational field (that’s new!). Magnetic and Gravitational Field Technology: Magrav Technology.

This paper shows us that the fabric of space-time has an inherent, fundamental torque that now explains why Atoms, Solar Systems and Galaxies, Spin!

This paper also gives us accurate calculations that we can use to engineer generators that tap into this clean and unlimited torque!

* The Scientific Revolution Has Begun! 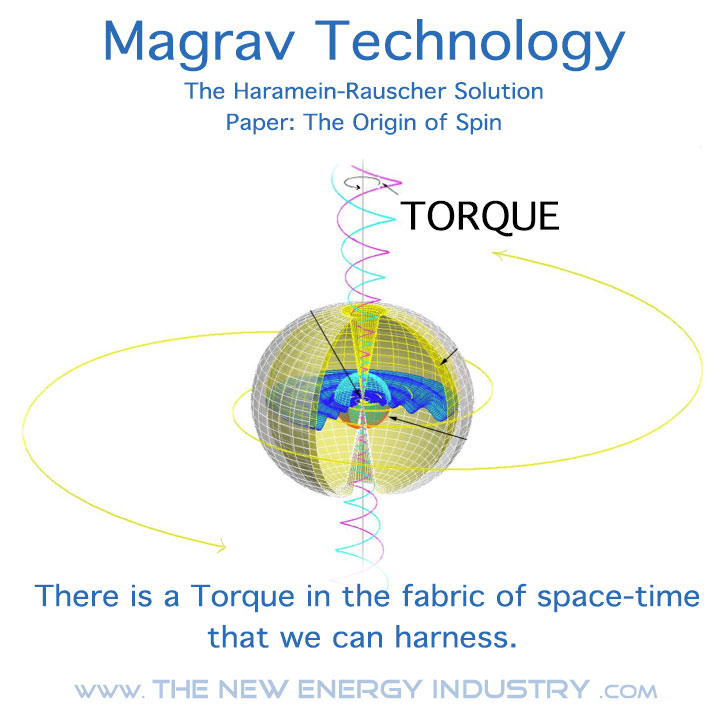 In this patent, you will learn to understand both the scientific theory, as well as the Engineering behind the Keshe Plasma Generator, and behind magnetic and gravitational field technology: Magrav Technology.

The Keshe Plasma Generator harnesses the torque within the fabric of space-time (described by the Haramein-Rauscher Solution: see 1.b.), to generate dynamic ionization within Gans material.  Gans stands for “gases in a nanomaterial solid state” (Gans = Gas in a Nano Solid state). This material has turned out to be a bit of a hoax, please see GANS, Too Bad It’s Not Real.

This dynamic ionization, also described as “a whirling vortex of electrons powered by the torque of the universe,” can be harnessed to produce electricity.  Coincidentally, when we harness this torque it produces both a magnetic and a gravitational field.  This is the real breakthrough with this new technology.  Understanding that gravitational fields are produced via harnessing the torque within the fabric of space-time means that we will soon be able to build spaceships that are able to travel on and off this planet via Magrav Technology, and not via Combustion Technology such as with “rocket-ships.”

Now that we understand the fact that gravity is the strongest force in the universe, and we understand that the fabric of space-time has a fundamental torque (Einstein with a Twist), we now have the potential to build small scale systems capable of generating electricity, as well as, producing their own gravitational field that is independent of the Earth’s gravitational field (spaceship (magrav) technology). 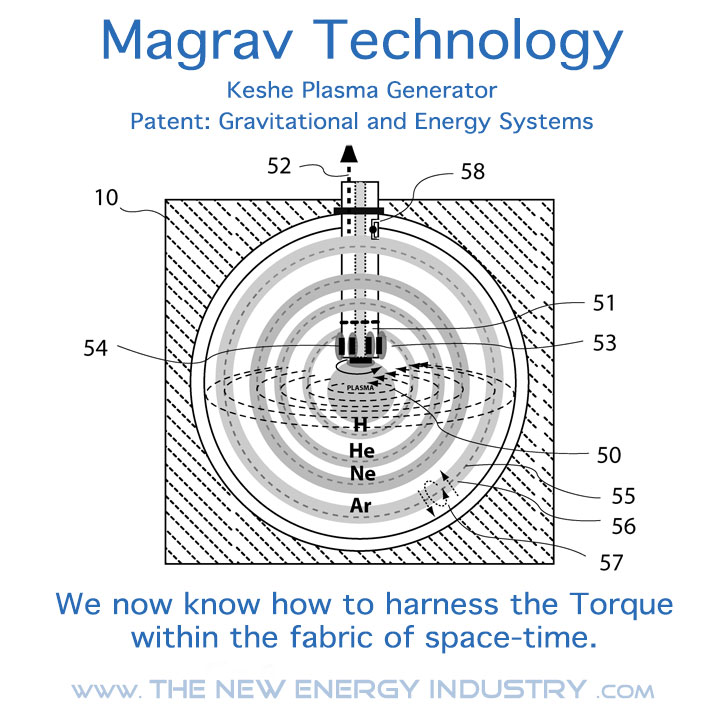 How Can I Get This CD?

Question:
I want to introduce Magrav Technology to my friends and colleagues, how do I get a copy of this CD?”

Answer:
Become a FOUNDER of THE NEW ENERGY INDUSTRY, and let’s get this show on the road!